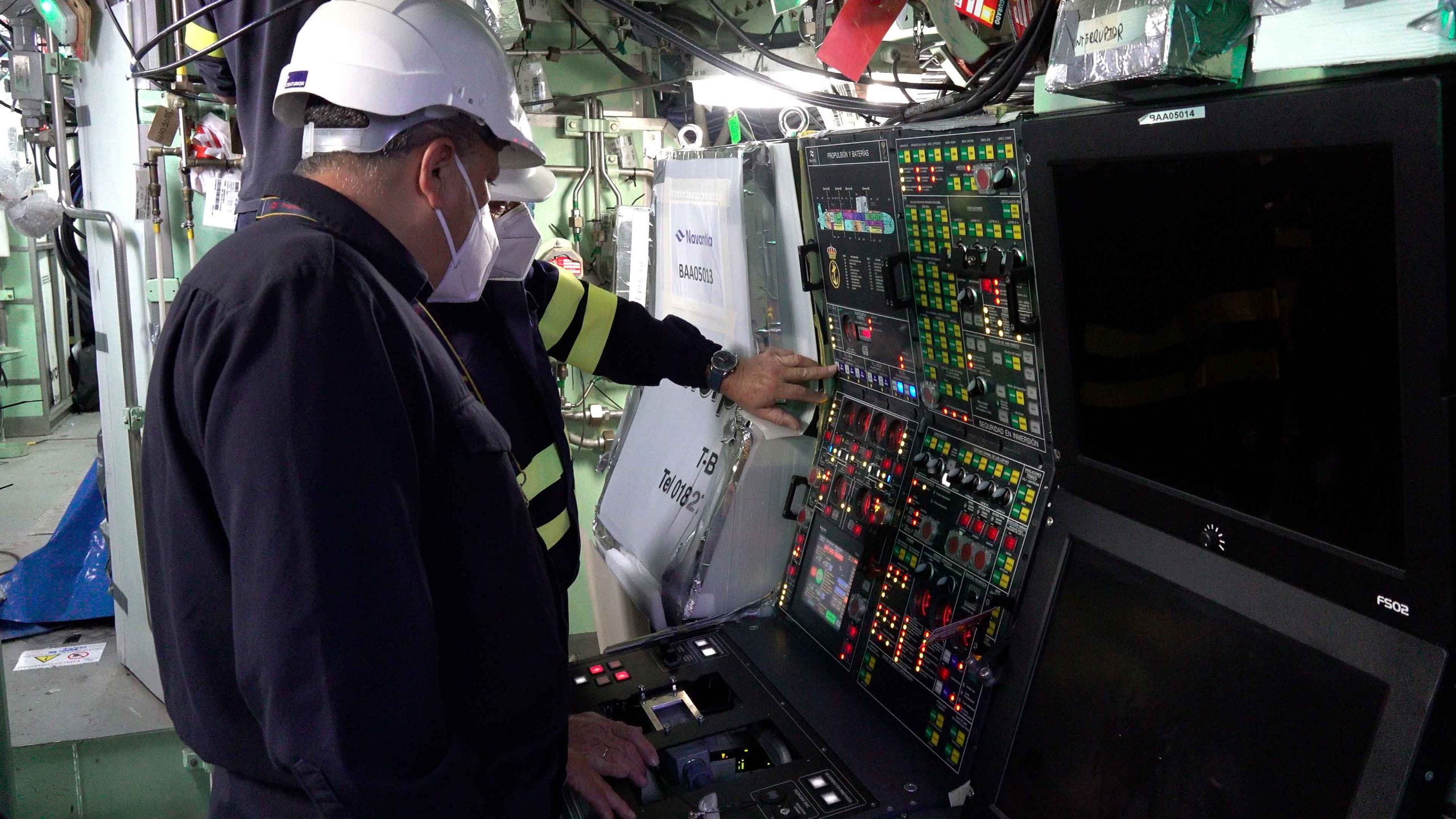 Navantia shipyard in Cartagena has successfully carried out the power-up activity tests to the S-81 “Isaac Peral” submarine. The S-81 is the first of four S-80P class submarines under construction for the Spanish Navy by Navantia. This is a relevant safety-related commissioning milestone prior to delivery.

The power-up is the very first time in which the boat is electrically energised. This involves the start-up of the main electricity distribution networks, as well as the emergency systems, which allow the gradual electrification of all the submarine’s equipment. The Power-up is carried out in order to check the sub’s correct operation, both individually and integrated along with the rest of its equipment.

The S-81shall be launched during the spring of 2021, as planned.

Those responsible for the Navantia’s S80 programme, talk about its progress in this video which was shown at the Euronaval 2020 fair.

You can find out more about which cookies we are using or switch them off in settings.

This website uses cookies so that we can provide you with the best user experience possible. Cookie information is stored in your browser and performs functions such as recognising you when you return to our website and helping our team to understand which sections of the website you find most interesting and useful.

Strictly Necessary Cookie should be enabled at all times so that we can save your preferences for cookie settings.

If you disable this cookie, we will not be able to save your preferences. This means that every time you visit this website you will need to enable or disable cookies again.

This website uses Google Analytics to collect anonymous information such as the number of visitors to the site, and the most popular pages.

Please enable Strictly Necessary Cookies first so that we can save your preferences!